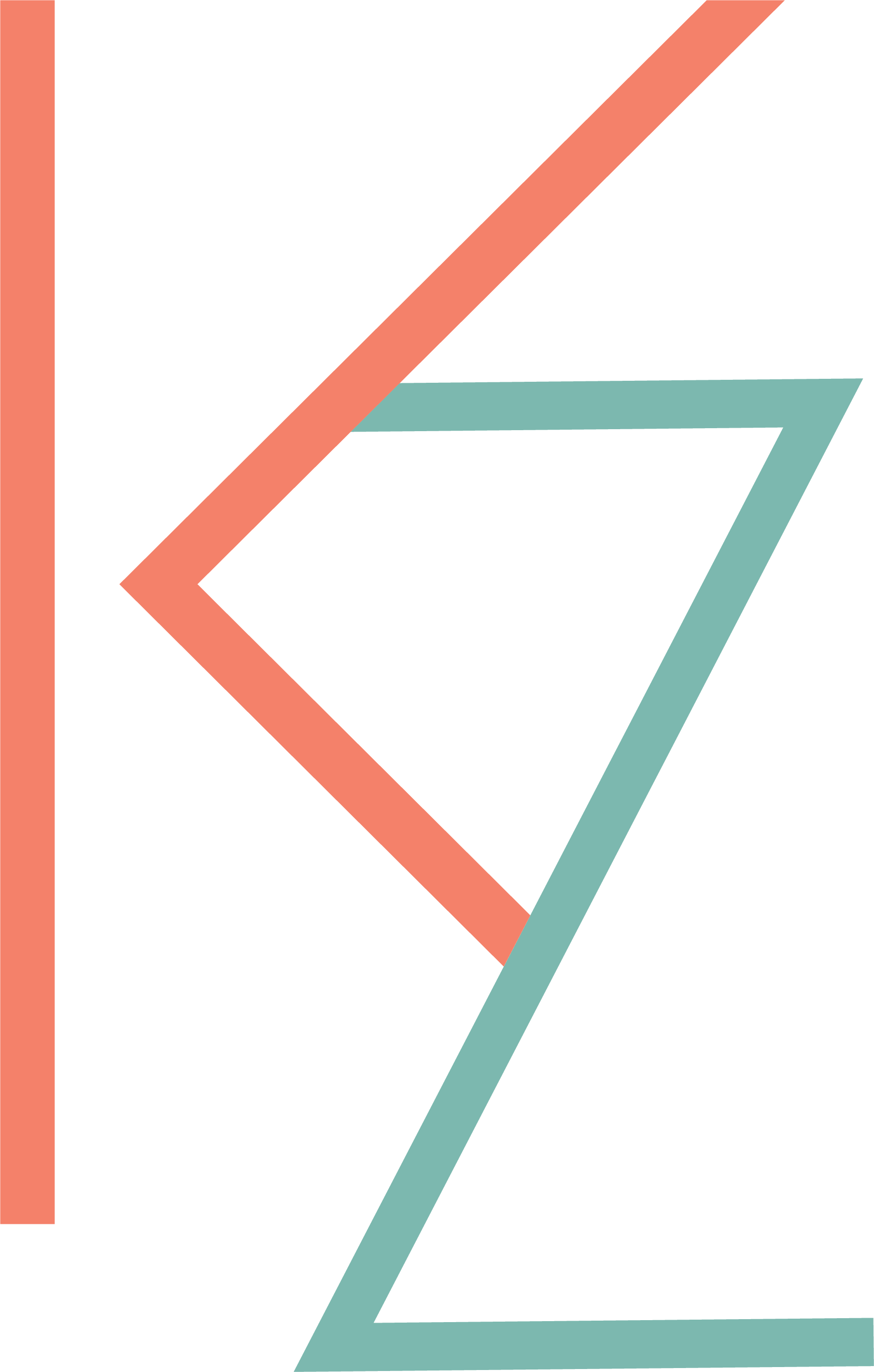 This poster series was created in a Typography II class, based on the novel Sweetland, by Michael Crummy. The main idea behind the series was to represent the slow deterioration of everything around Sweetland, and how he tries to hold onto the past and pretend that everything is going well. The final poster represents how he knows he’s going to die, but he accepted this and finally let go of the things in his past. 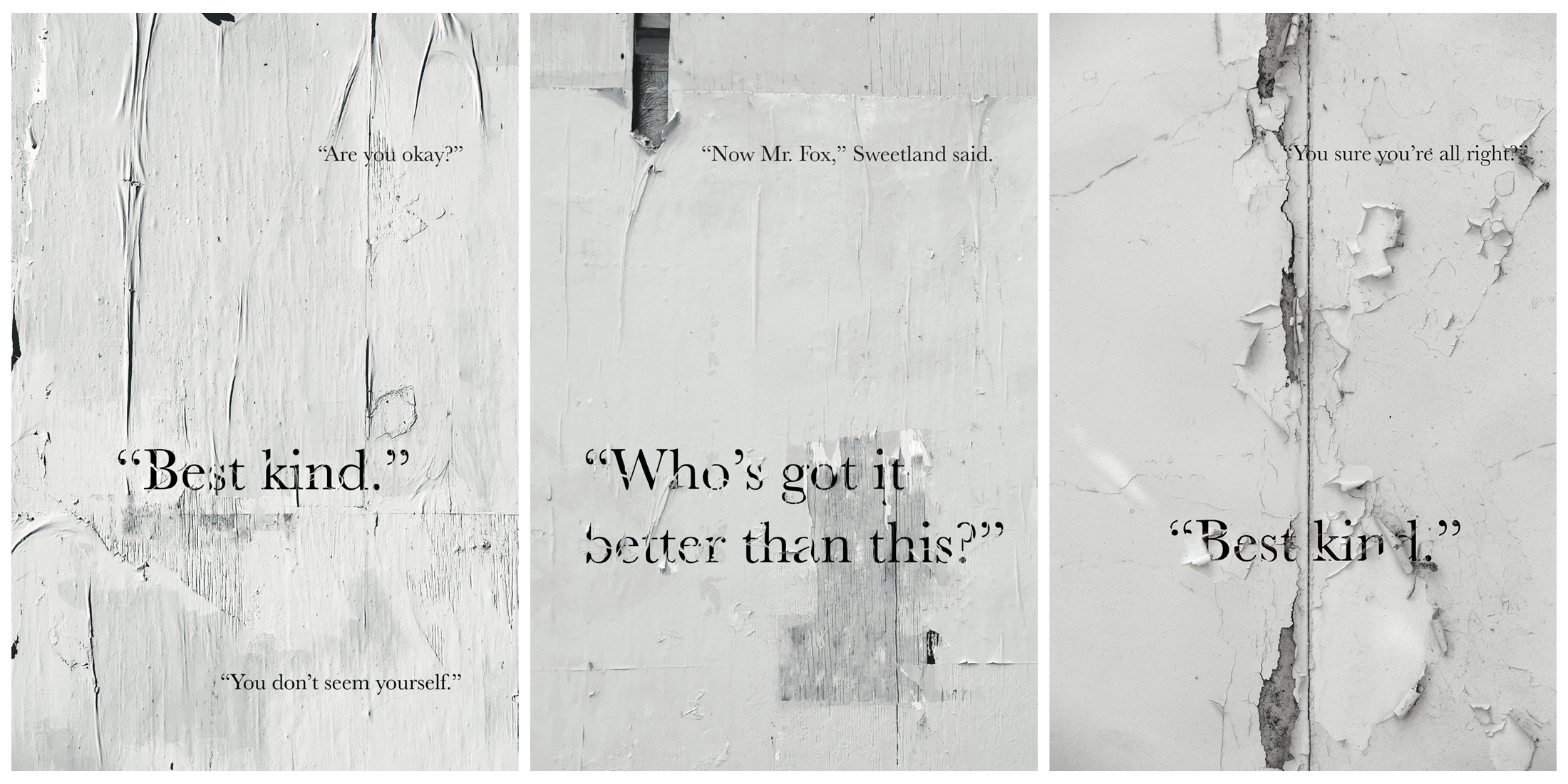 In my ideation phase, I went through several sketches and quotes from the book that I wanted to use. I felt the quotes that I had chosen for my final pieces really spoke to me, and created that sense of deterioration that was felt throughout the book. 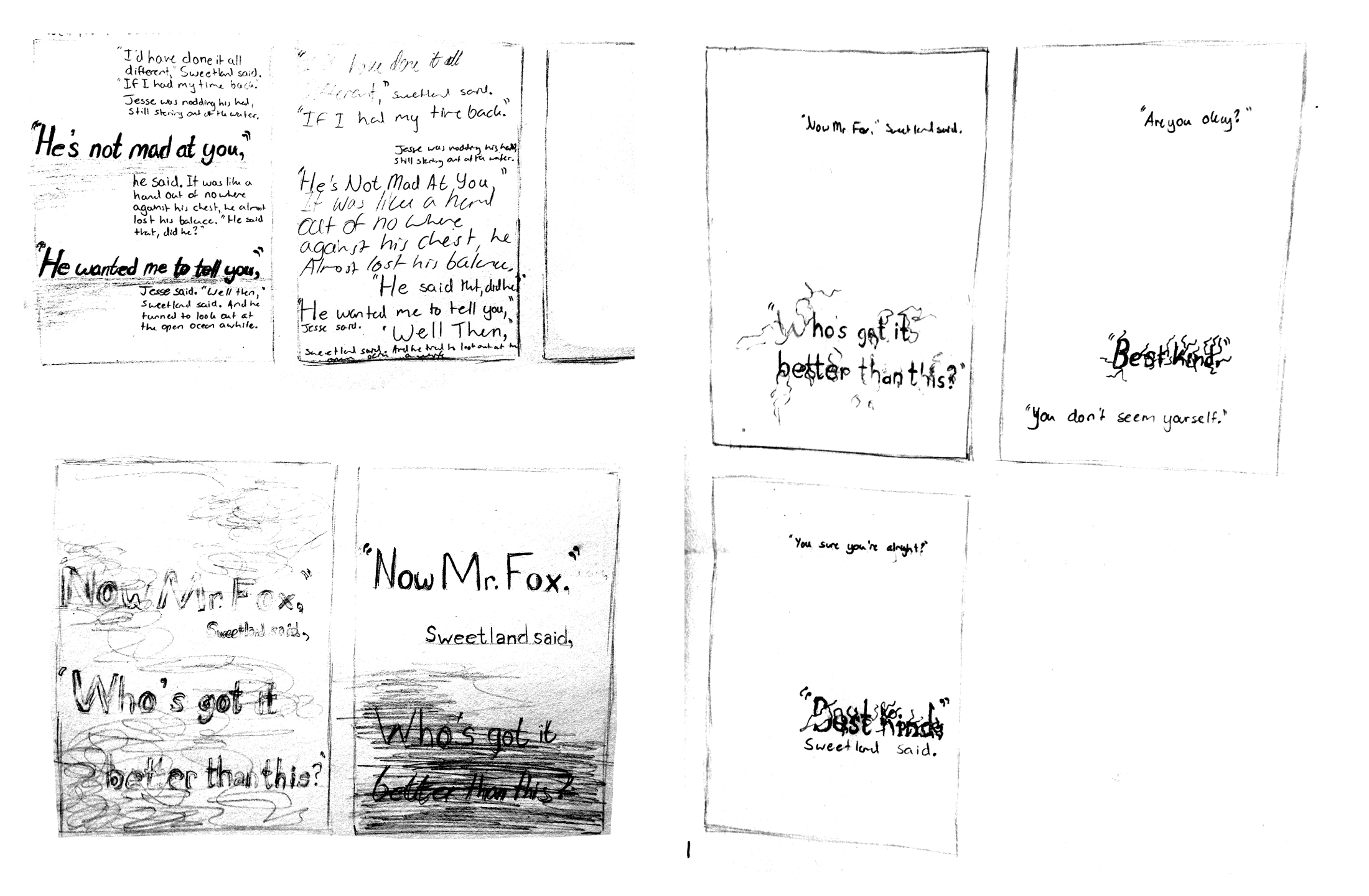 The type speaks to the deterioration idea in that it is peeling and cracking, and starting to disappear from the surface it was painted on due to its age and poor treatment. It represents how at first things seem to be starting to change and Sweetland wants to prevent that change, but in the process he begins to lose everything he wanted to hold onto. 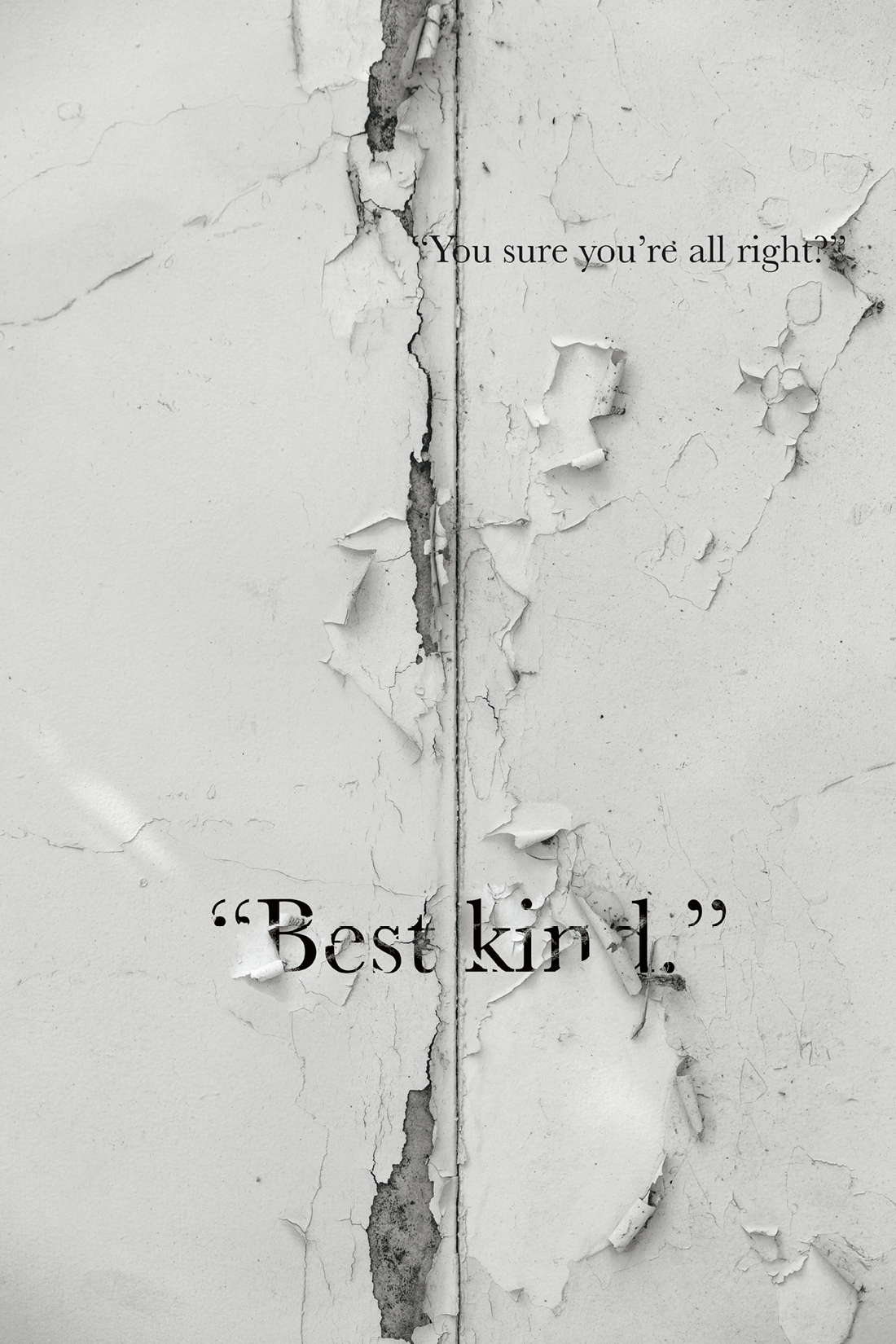